Acute hamstring strains, which typically present as pain in the back of the thigh (usually somewhere mid thigh) from a sudden event, can be addressed via the “sprains, strains, and general knee/hip pain” sections of the hip and knee chapters in Beyond Tape. Proximal hamstring tendinopathies tend to be a more chronic issue (aside from a major tear or avulsion, described below) and are addressed a bit differently.

Proximal (the attachment of the hamstring near the hip, rather than the knee) hamstring tendinopathies are damage to the tendon that connects your hamstrings to your pelvis (ischial tuberosity, or “sits bone”). This is typically not due to a traumatic event and progressively worsens over time. It is correlated strongly with repetitive stress in the form of either over use (running, lunging) or stretching (overly-aggressive yoga). (Lempainen, Degen, Nasser, Goom, Nasser) It can however be associated with prior acute injuries (ie., acute hamstring strains).

Increasing training volume or intensity too quickly or suddenly introducing sprinting, lunging, or hills are common causes. With running, the pain is typically felt at the end of swing phase and beginning of the stance phase (around heel strike) as this is when the hamstrings are most used. Too long of a stride length, as well as activities like lunging, squatting, and sitting, can contribute to the irritation as the increased amount of hip flexion with these activities causes increased compression where the tendons attach to the pelvis. (Goom) An ultrasound or MRI is often recommended to diagnose this issue versus a tear or avulsion discussed below.

“Tissue samples from pathological proximal hamstring tendons show increased cellularity, ground substance accumulation, collagen disorganization, and neurovascular ingrowth.” (Goom) I frequently talk about the phases of the healing process. When an injury occurs, your body sends an increased supply of blood to the area which first brings in cells to remove dead or damaged tissue (inflammation). Those cells then call in another group of cells to come in and lay down new tissue (proliferation). When the new tissue is laid down, the fibers are disorganized. As the body heals, the fibers line up in a more parallel and functional way to restore the proper length and tension in the tissues for you to regain normal function (maturation or remodeling). The above quote describes what happens when excessive stress is put on the area during the healing process. The tissues don’t have time to reorganize before more damage is done and it turns into a chronic state of poor healing and potential scar tissue formation.

This can occur in either the same manner as the proximal hamstring tendinosis or as an acute event (think either sprinting with too long of a stride length, or a forceful heel hook). The acute event is typically felt as a popping sensation and immediate posterior thigh pain and bruising. (Degen, Goom)

An avulsion is a tearing away of the hamstring tendons from their attachment site at the ischial tuberosity (“sits bone”). This typically happens with forceful hamstring use, such as weight lifting, water skiing, sprinting or forceful heel hooks.

Deep localized lower gluteal pain (in the area of your ischial tuberosity, or “sits bone” – where the back of your thigh meets your buttocks), especially during running or prolonged sitting. Some people also note pain radiating down the back of the thigh. Stretching the hamstrings typically recreates the pain. (Lempainen, Degen, Goom, Nasser) People also commonly note increased pain in the ischial tuberosity area at the beginning of an activity, which decreases after a few minutes of the activity, and then is worse afterwards. (Goom)Some simple tests that have shown high accuracy for diagnosing this condition are the bent knee stretch and the Puranen-Orava test. (Goom, Nasser 2)

This can either feel like the tendinopathy noted above, when not associated with an acute event, or is typically felt as a popping sensation and immediate posterior thigh pain and bruising, when caused by an acute event. (Degen, Goom)  Diagnosing the extent of the tear with an MRI or ultrasound is helpful to determine the course of action.  Conservative (non-surgical) treatment, such as the protocol described in the “treatment” section below, is recommended for single-tendon tears, or 2-tendon tears with less than 2 cm of retraction.  However, a larger tear may require surgery. (Degen)

A sharp and sudden pain in the “sits bone” area is typically felt initially, and then continues on as symptoms similar to the above injuries.  Again, diagnosing this issue via an MRI or ultrasound is helpful as this injury typically requires surgical repair, especially for athletic folks. (Degen)

Static stretching is especially key if you’re performing an activity that uses your end ranges of hamstring flexibility. For climbing, this could be stemming or a far reach of your leg using a heel or toe hook. Forward bend or single leg standing hamstring stretch

Also try a dynamic stretch in a more functional position, such as this kettle bell deadlift.

Light static stretching (low mechanical load) can help to heal this area, although intense prolonged stretching (ie., forward bends in yoga) can make it worse. (Lempainen) It’s recommended to keep the pain at 2-3/10 or lower with all exercises and activities and the pain should resolve in 24 hours.

Progressive eccentric strengthening has been the traditional exercise recommendation and more recent research shows that heavy slow resistance (HSR) training, which is a combination of concentric and eccentric strengthening may be even better (increased patient compliance and satisfaction was noted). (Degen, Goom, Nasser) The following four phases are recommended for the rehab program (Goom):

Phase 1 (Isometric hamstring load) – positions without tendon compression are used and the recommendation is to perform 5 repetitions of 45 second holds several times per day.

Phase 1 (Isotonic Hamstring Load With Minimal Hip Flexion) – move to this phase when the pain level is less than 3/10 for phase 1 exercises. These exercises introduce slow, heavy loads. These exercises are performed for 3-4 sets of 15 repetitions and progressing to increasing weight with 8 repetitions every other day. Both the concentric and eccentric phases should take 3 seconds each.

Phase 3 (Isotonic Exercises in Positions of Increased Hip Flexion (70°-90°)) – Move to this phase when activities such as lunges and single leg hip hinges (arabesque) causes less than 3/10 pain. Dosages and frequency of exercises are the same as in phase 2 (15 reps for 3-4 sets progressing to increased weight with 8 reps every other day).

Phase 4 (Energy Storage Loading) – This phase is only required for those returning to sports requiting high intensity movements, such as sprinting, jumping, lunging, or squatting. These exercises are performed every third day, followed by a phase 1 day and a phase 2 or 3 day. This creates a 3-day high/low/medium tendon load cycle twice a week, with 1 rest day in between cycles. A gradual return to sport happens when all activities can be performed with less than 3/10 pain and the pain resolves within 24 hours.

Decreasing the load where the hamstrings attach to the pelvis:

For runners or hikers, shortening the stride length decreases the load. Some amount of running, hiking, climbing, etc. may be tolerated if the pain level is kept below a 2-3/10 and resolves within 24 hours. (Goom) Common activities that should be avoided in the beginning phases of rehab are sprinting, running hills, lunges, and heel hooks and stemming in climbing.

For folks with an excessive amount of anterior pelvic tilt (too much curve in the low back), focus on core strengthening in a neutral spine position and address lack of flexibility in the psoas muscle (hip flexor) and multifidus (low back extensor). (Goom, Nasser 2)

Use a comfortable seat cushion when sitting. (Goom)

Weakness in the gluteus maximus, gluteus medius, and adductor muscles can also contribute to this condition. (Goom) 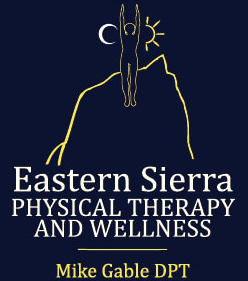 BEYOND TAPE: The Guide to Climbing Injury Treatment and Prevention